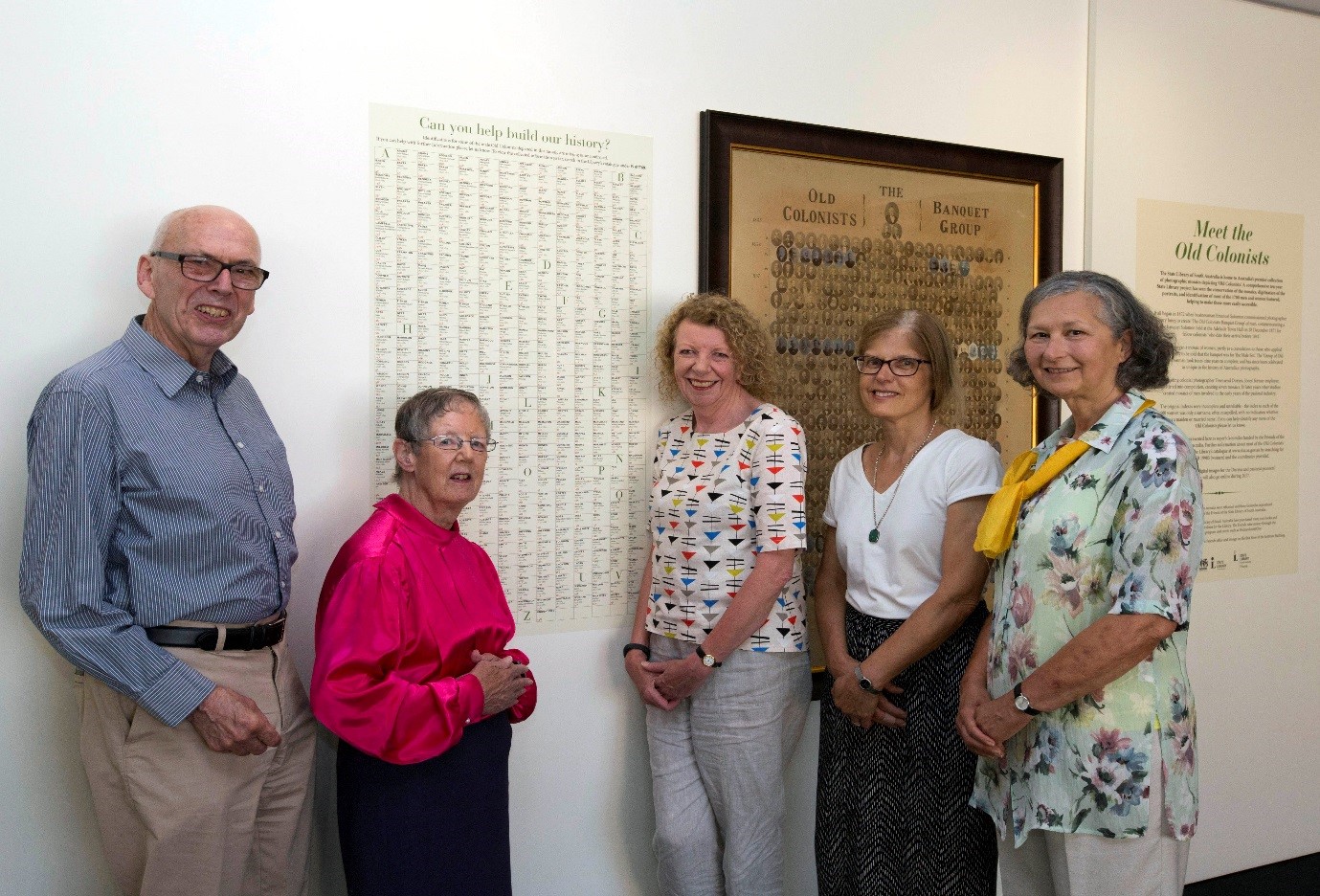 In 1872 businessman Emanuel Solomon commissioned photographer Henry Jones to create ‘The Old Colonists Banquet Group’ of men. It commemorates a free banquet Solomon held at the Adelaide Town Hall on 28 December 1871 for fellow colonists ‘who date their arrival before 1841’.

Jones also began a mosaic of women, partly as a consolation to those who applied for tickets only to be told that the banquet was for ‘the Male Sex’. The ‘Group of Old Colonists’ women took Jones nine years to complete, and has since been celebrated as unique in the history of Australian photography.

These mosaics are two of several held by the State Library of South Australia and were accompanied by scant and error ridden indexes, especially the index to the women’s portraits. Over a number of years State Library staff have laboriously researched what they could of the arrival and life details of these 1,100+ faces and collected the data in spreadsheets. Metadata Coordinator and ANZSI member, Janet Wilkinson was tasked to convert the data captured in the spreadsheets into MARC catalogue records and later into finding grids (or indexes) that are now on display next to facsimiles of the mosaics on level one of the Spence Wing of the State Library of South Australia.

View the old colonists in more detail in the State Library’s catalogue: The men  — the women.