You are here: Home / Uncategorized / ISC/SCI is thrilled to announce that the keynote speaker for its 2022 Annual Indexing Conference will be Dennis Duncan, author of the newly released book Index, A History of the.

Indexing Society of Canada Announces Dennis Duncan as keynote speaker for 2022 Annual Indexing Conference
Toronto: The Indexing Society of Canada / Société canadienne d’indexation (ISC/SCI) is thrilled to announce that the keynote speaker for its 2022 Annual Indexing Conference will be Dennis Duncan, author of the newly released book Index, A History of the.

Following the success of the 2021 conference, ISC/SCI will again be holding the annual conference online, with dates to be announced soon.
Charting its curious path from the monasteries and universities of thirteenth-century Europe to Silicon Valley in the twenty-first, Dennis Duncan reveals how the index has saved heretics from the stake, kept politicians from high office and made us all into the readers we are today. We follow it through German print shops and Enlightenment coffee houses, novelists’ living rooms and university laboratories, encountering emperors and popes, philosophers and prime ministers, poets, librarians and – of course – indexers along the way. Revealing its vast role in our evolving literary and intellectual culture, Duncan shows that, for all our anxieties about the Age of Search, we are all index-rakers at heart, and we have been for eight hundred years.

Dennis Duncan is a writer, translator, lecturer in English at University College London, and a Fellow of the Royal Historical Society. He has published numerous academic books, including Book Parts and The Oulipo and Modern Thought, as well as translations of Michel Foucault, Boris Vian, and Alfred Jarry. His writing has appeared in the Guardian, the Times Literary Supplement, and the London Review of Books, and recent articles have considered Mallarmé and jugs, James Joyce and pornography, and the history of Times New Roman. 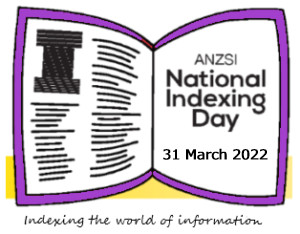